* In case of any delay in receiving the OTP, you may verify it later. Please proceed without verification.

Enter your City name or Pincode

Berla is a tehsil that comes under newly formed Bemetara district in the Indian state of Chhattisgarh. It spreads across an area of 77718 hectares and it is located at a distance of almost one hour from state capital, Raipur. Berla is also a community development block of its district. Initially, this place was the part of Durg District but when Bemetara got separated from Durg and established as a new district in the year 2012, Berla brought under Bemetara as one of its five tehsils in which other are Nawagarh, Saja, Bemetara and Than khamhariya. It comes under Saja sub division and there are total number of 136 villages and 93 gram panchayats in Berla tehsil. 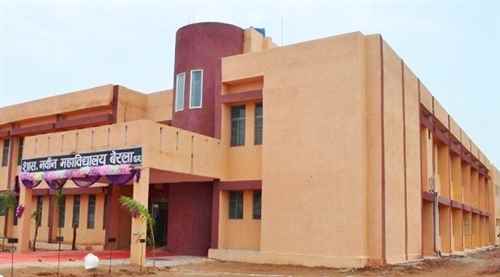 The city of Berla has tropical and dry climate. Due to such climate condition, it remains very hot in the summer season when the temperature reaches up to 50°C particularly in the months of April and May. Dry and hot winds continuously blow throughout this area in the summer season. The inhabitants of this region enjoy monsoon season from the end of June which lasts up to October month. Furthermore, the last days of November month brings winter season for Berla that continues till the end of January. During the winter season, the temperature can goes down to 5°C. Therefore, the months of November and February bring the ideal item to visit around this town in Bemetara.

According to the Indian Census of 2011, Berla tehsil has the total population of 1,87,362 people in which there are 93448 males and 93914 females here. The rural areas of this city have 182198 people out of which 90855 are males while females are 91343. On the other hand, the urban areas of this region are comprised of 5164 population in which males constitute 2593 while 2571 are females. Furthermore, the average literacy rate of Berla is 70.85% which is higher than the overall literacy rate of Bemetara i.e. 70.58%. The region of Berla is surrounded by Saja Tehsil towards west, Dhamdha Tehsil also towards west and Bemetara Tehsil towards North. Besides that, Raipur city, Birgaon city, Tilda Newra City and Bemetara city are also located in proximity to Berla.

Agriculture os one of the m ain sources of revenue for the people of Berla. . Most of the inhabitants of this city are working on the production of main Kharif and Rabi crops such as paddy, soyabean, wheat, gram, mustard and many more. Majority of the land here is used for the agriculture production in which some farmers have their own land while others are working on employment basis. However, it has no major industry but has some small and macro industries indulging in making bamboo, brick and pots. Berla Tehsil of Bemetara also has few rice mills and pulses mills in which many working people are having employment to earn their livelihood.

People from various communities and regions of India are staying at the varied localities of Berla Tehsil. Thus, one can witnesses the vibrant celebrations of different kinds of local and national festivals. Local Chhattisgarhi people celebrate their local festivals with great enthusiasm. Some of these festivals are Kartik Poornima, Deo Uthani Ekadashi, Pola, Hareli, Matar and Panthi. With majority of Chhattisgarhi people, the region of Berla also has population of many migrant people who come from the South India, North India and North east region of the country. These people also solemnize their festivals like Diwali and Holi with great fervor. Therefore, the celebrations of various kinds of festivals illustrate the beauty of cultural diversity within the region of Berla.

The accomplishment of the daily needs of the inhabitants in a city can only be done by sufficient and efficient public utility services. The city of Berla may not have well modernized infrastructure but it has sufficient public utility services in terms of fulfilling the needs to its inhabitants. Be it the requirement of health care services or the need of local or national postal services or the need of opening a bank account, all sorts of needs have been tried to fulfill by the administration of this Tehsil. However, more work is always required to take this region in Bemetara district towards development route. Find here various public utility services available in Berla.

The administration of Berla Tehsil has located a Community Health Center in which all kinds of healthcare services are provided to the people. This health center has latest medical equipments and experienced staff who are capable of providing solutions to the patients of various diseases. The community Health Center Berla is running under the Rashtriya Swasthya Bima Yojna (RSBY) of the Government of India. This health scheme of the Government aims at providing proper health treatment as well as health insurance for those people who are Below Poverty Line (BPL). Several people of Berla region have been benefited with this scheme by acquiring treatment at this community health center.

India Post has established numerous post offices in Chhattisgarh state and the region of Berla is not an exception in this regard. It is a sub post office branch which comes under Raipur Postal Region, Chhattisgarh. The postal facilities such as speed post, parcel and couriers are provided at this post office, which are further utilized by its locals. Given below is the complete address of this post office:

Berla Tehsil in Bemetara district has many branches of both private and public sector banks. These banks facilitate people with a wide range of banking services such as account opening, fixed deposits, loans and other schemes of Central and State Government. You can get the complete address along with important codes of banks in Berla by going through these lines:


Berla at a glance

Comments / Discussion Board - About Berla